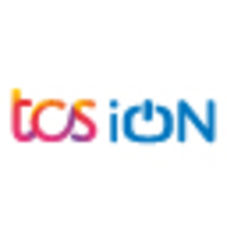 TCS iON Digital Learning Hub | July 27,2020
The new rival of Byju’s, UpGrad, and Simplilearn is no edtech startup. The name is TCS. The pandemic has opened up a big opportunity for the IT giant’s ed-tech play. Harnessing its existing iON platform, it has launched applications, from online internship packages to digital classrooms and remote assessments. However, its startup rivals enjoy one big advantage: Their balance sheets do not come under the scrutiny of the stock market every quarter.

Nearly a decade ago, Tata Consultancy Services launched iON, a software product supposed to be an enterprise resource-planning platform for Indian small and medium businesses. At that point, the move was so ambitious, it was called the Nano for the Indian IT industry, after the Tata Group’s affordable car. The company’s aim was to earn USD 1 billion from the project by 2016. Unfortunately, rather like the car, that dream failed to materialise.

TCS had targeted five segments to grow iON — manufacturing, retail, healthcare and wellness, textiles, and education. Education was the only one that worked. TCS added assessments to the platform in 2012 and currently runs a large chunk of the competitive examinations in the country — from entrance tests for the IITs and IIMs to those for the railway recruitment board. Over 200 million candidates have appeared for exams at iON centres so far.

TCS, which first saw the need for tech in education nearly 10 years ago, is now eyeing a bigger slice of ed-tech, which has since become increasingly attractive. The USD 22 billion IT behemoth wants to compete against a slew of nimble, well-funded startups hacking their way to growth.

But wait. Here is a conservative, publicly-listed company hoping to compete with upstarts that aren’t afraid of filling their account books with red ink. So, is it even valid to compare the two? Besides, there is a need to sort out if this is a technology company in education or an ed-tech company. What is the growth plan, anyway?

For the first time, the head of TCS’s iON unit, Venguswamy Ramaswamy, has outlined the company’s plans to ET Prime. Along with viewpoints of experts and TCS’s ed-tech rivals, we have tried to get a sense of the road ahead. When it comes to exams, the company has had to solve some truly India-specific issues. Competitive exams in India are the gateway to either high-paying jobs in the private sector or secure jobs in the public sector. There have been several instances of organised cheating scams in the country and TCS had placed itself in the middle of that space.

“We were struck with a few large challenges in assessment because there was growing frustration in the country of organised groups not being able to influence assessments and indulge in cheating, copying, (and similar malpractices). Many in TCS received threats to support wrongdoings … so we decided to write our own operating system for assessment in 2017,” says Ramaswamy.

In 2018, the company launched its device, called Paper, to allow the secure upload and download of examination papers. Paper currently has been paused, Ramaswamy says, because the manufacturing was based out of China and TCS is currently looking at alternatives. However, TCS already has scale in assessments. It is able to assess 800,000 candidates a day and is present in 800 cities and towns in India, he adds.

Given the pandemic situation, the company has launched remote assessments and is implementing social-distancing protocols for exams that cannot move online, as that business will remain the core money-spinner.

But now, TCS is looking at new challenges.

“We have articulated ourselves to reimagine processes in the education domain in a much, much larger way. This could be in assessments, admissions, learning, or connecting corporates for better jobs in education,” says Ramaswamy.

Back in 2016, TCS launched online digital-learning and lifelong-learning hubs. The plan was to offer the platform to content providers, who would offer courses on iON under a revenue-sharing agreement. The company has deals with content providers such as Skillsoft and others. It now runs hubs — from a chartered accountants’ hub, which has courses on GST, to a music hub, where users can learn the flute through lessons with Pandit Hariprasad Chaurasia.

The digital-learning hub is a mix of free and paid content and has about 10 million learners as of July 2020, says Ramaswamy. The company now wants to launch a platform for technology training and certifications and intends to announce more offerings as the year progresses.

But just so far this year, TCS has launched a slew of products to fill the holes produced by the pandemic. Some product launches are a result of requests from schools and colleges and come with built-in business models. “There was a need from educational institutions who said, ‘Look, our students can get one credit, three credits, and five credits in internships, but corporates are not supporting us because of the Covid-19 situation.’

We asked the institutions, who would pay for these internships? They said either they would, or ask the students to pay,” says Ramaswamy.

The company launched remote internships in a couple of months. The offering has three variants — INR1,199 for a 45-hour project; INR2,699 for a 125-hour project; and INR3,499 for a 210-hour project. The company has roped in corporate mentors and runs the internship programmes. Institutions can buy bulk licences and students can buy individual ones.

Unlike its core business, IT services, in which TCS is one of the acknowledged leaders, the company is up against several startups in its ed-tech push. According to startup-tracking database Tracxn, the TCS iON Digital Learning Hub ranks 235 out of 1,758 companies in the space.

In virtually every space TCS is entering, there are venture capital-backed startups. They have massive sales teams, run sustained TV ad campaigns, and have no fear of losses, as their balance sheets are not scrutinised by the stock market every quarter. This is a significant plus for any company looking to achieve scale.

Tracxn lists UpGrad, Simplilearn and even unicorn Byju’s as competition for TCS.

TCS, however, needs to look at profitability even as it enters these new businesses.

In the June quarter, when it was hit by low growth, TCS’s operating margin was 23.6%. In general, the company says it targets a margin band of 26%-28%. Ramaswamy would not reveal iON’s revenue, but sources estimate it is over USD 150 million, a large chunk of which comes from the assessment deals.

But how does a company that may not spend on advertising get the word out about its products? Sure, TCS uses social media and banks on word of mouth, but Ramaswamy says that it is the third lever — he calls it the ‘secret sauce’ — that gives it an edge.

“We have a very large brand in the education ecosystem. For example, I write to multiple principal secretaries of education in various states to share what we are doing. When we launched remote internships, AICTE (All India Council for Technical Education) was very, very helpful in terms of communicating the internship programme to universities and educational institutions,” says Ramaswamy.

He adds that the company works with institutions that have regulatory or governance reach in the education sector and is open to working with state governments that fund education programmes, such as the Kerala government’s skill-development programme.

TCS is also keeping an eye on the rivals it faces in the sector.

In the end, how will one judge whether TCS is successful in its ed-tech play?

The company is measuring the iON platform on parameters such as rate of growth, utilisation, average recurring revenue, profitability at a unit level, and geographic reach. The company has also taken the platform to Japan and Ireland and is expanding the international push. The international deals are for the assessment platform, the learning platform, and the education-business operations platform.  “From an international perspective, we have a very large pipeline. There is an enormous amount of interest. We are focusing on Japan, Indonesia, Malaysia, Singapore, and few APAC countries,” says Ramaswamy.

The company has started relationships in the US; deals are coming up in South Africa; and discussions are on in West Asia. The company has begun to focus on Latin America, too.

But how does the market see it? And will it work?

“TCS has reach and the Tata brand. There are profitability constraints, but it does not have some of the other ones. For example, it doesn’t need to show large amounts of growth and win the market to get the next round of funding,” says an ed-tech consultant.

TCS will grow through schools and colleges and will not look to disintermediate the space, he adds. “It will be the tech backbone. If students use the platform for school, they can convert into users of the digital-learning platform, as well. Plus, it has an international play. It isn’t going to be a one-to-one comparison with the startup system.”

TCS’s digital Glassrooms, launched during the pandemic, has seen about 20,000-plus schools sign up in India and in countries like the US. Besides, the company runs hiring tests on the platform for thousands of fresh graduates every year. Using the sign-ups, it can cross-sell learning modules to them. Where TCS has direct competition, as in technical training and certifications, rivals say it won’t be easy to build out that business quickly.

The CEO of ed-tech startup UpGrad, Mayank Kumar, says TCS will target these segments because it has the platform and the distribution ability — its connections with institutions and governments — but more would be needed.

“In ed-tech, you have the infrastructure layer, which is the platform, the content layer, which you can get from players such as Skillsoft, and the delivery and services layers on top. Mentoring and ensuring completion (is a challenge) because online learning has very low completion rates and placements,” adds Kumar. Not only does UpGrad offer placements, it also assigns a student-success manager to each student, who is empowered to call parents and other family members in case the student does not complete the course within a specified time frame.

“All those elements have to be baked into the platform. I think the content and service layers — that DNA may be missing (from TCS’s play),” says Kumar. Even as the ed-tech segment is booming because of the pandemic, experts say it is a good idea to remember these conditions aren’t going to last forever. Companies need to look beyond lockdowns if they intend to do well. At some point, schools will re-open and social distancing will become a thing of the past.

“Those who use these lockdown months to innovate and develop products are tuned to this channel of learning. Others are those who will focus on sales alone, not innovation. Currently people don’t have a choice, but smart companies will innovate for the post-pandemic era, when people have a choice again,” says Narayanan Ramaswamy, national leader for education and skill development at consultancy KPMG.

TCS iON Digital Learning Hub is a complete learning solution for a varied segment of learners. Learn and upskill your knowledge from the wide range of Courses offered. Prepare, test and analyse your knowledge through the Assessments. Share your ideas and learn from others by being a part of the Communities